Hello everyone! If you read my last article about recovering from a trauma I had recently and because of that…I can’t practice yoga anymore! It’s been 3 weeks now and I still have few weeks I think ahead of me before I can really practice it again.

For me yoga has been, is and will always be a mindset. My mum for example, never practiced yoga for most part of her life and she has just always been incarnating yoga so much! She spreads light, she is kind, generous, supportive, open to everyone and willing to learn anything. Nothing disturbed her ever. She is an eternal source of positivity that I always look up too for everything. She takes care of herself as long as she takes care of others and wants the best for her family and anyone around. She embodies that role model that inspires me.

The funny thing is when during my yoga teacher training, the teacher described us the state of a yogi and I thought it was her! Although she had never practiced before at that time! In her heart, she was already. And when reading a year later, ‘The Buddha in your mirror’ by Woody Hochswender, Greg Martin, Ted Morino, when they explain the state of Buddha, I thought: ‘It’s exactly her too!’.

How incredible! She already had a yogi mindset before even practicing yoga! How is that possible I thought?!

Yogi: a different meaning for everyone

I think yoga still has today a different meaning for everyone. I’m sure if I’d come to the end of a yoga class and ask 30 people their own meaning of yoga, I would have had 30 different answers! Because we all have different perceptions we practice it for different purposes! From getting help to de-stress to get a healthier body, I believe they are no wrong answers. I also believe a purist would say that you can only reach a yogi status when practicing yoga 2h everyday and live in the mountain 10 months each year but in this world I believe these qualities and a perpetual state of gratitude is already a great yogi mindset status (on a Cecilia-Richter scale xD).

Yogi: in the everyday life

Because I’ve always thought that the calm and peace you bring on your mat during a class is something that has to be brought outside of class too. Yoga doesn’t end to the doors of your classroom. It is a state you experience in the daily life. It might not be every minute of it of course, but more of a guideline to be a best human being you can ever be.

I feel this even more now that I can’t practice yoga anymore since a few weeks and for more weeks ahead of me. At the beginning I thought: ‘Am I a yogi if I don’t practice yoga anymore?’. And the answer I came up with, after a few days of reflection, is: Yes I still am because I’m still doing the inner work. Even though I can’t channel it at the moment through a physical practice, I’m still in the process of quieting my mind. So I believe that even when not practicing because of an injury or because you have…I don’t know anything on your plate at the moment that makes it impossible to be on your mat every day or even every week! You can still cultivate that yogi mind by doing the inner work. 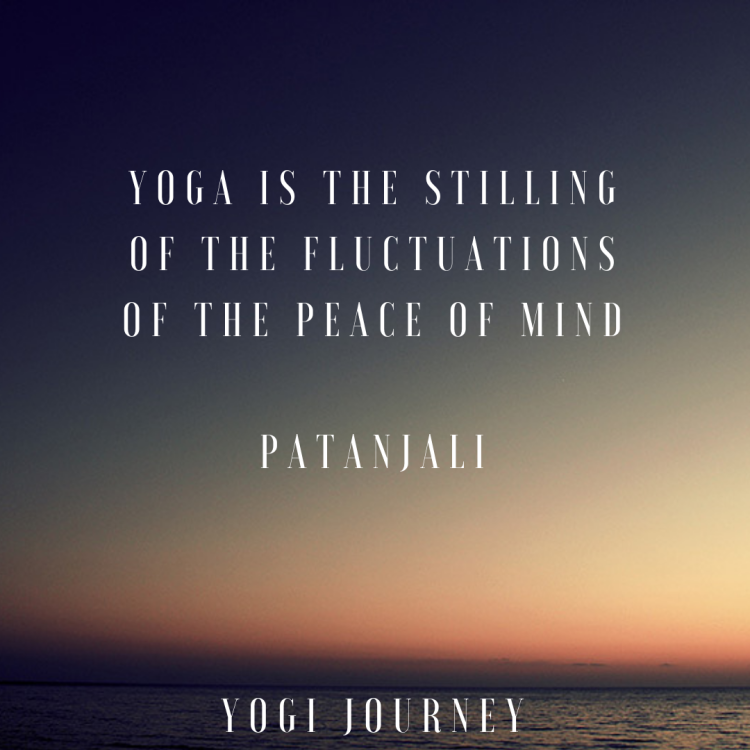 Yoga is for me a practice of quieting the mind and show up as great human on this planet and if someone else’s has the yogi mindset with even no help of yoga, good for them! I believe that this world needs more people with a yogi mindset. If they show up everyday on the mat doesn’t matter as long as they keep spreading the good vibes!

The yoga practice is only a channel for the yogi mindset

I find it really funny to come to this realization after writing only a few months ago an article about the struggle of keeping a regular practice concluding that the only way to practice yoga consistently was only to be hard on yourself and force you to do it everyday no matter what. Maybe this accident was a sign of the Universe to tell me to be gentler on myself and to put some water in my wine (French expression, does it work in English too? xD). There are no wrong ways of doing yoga and or being yoga, I believe that a yogi mindset happens when you tend to become the best version of yourself.

And you, what are your thoughts about what a yogi mindset is?